Kumi Hospital Agro Park (KHAP) is a project in the Northeast of Uganda. Founded by the Dutch entrepreneurs Rietveld & Van Dorp, who both later set up a foundation for this purpose. The belief that just sending money to people in need is not enough resulted in a joint project. The goal is to revitalize a mixed farming business that will benefit the surrounding area in all areas.

Background
Since 2012, Rietveld Foundation has been active near the small town of Kumi in Eastern Uganda in Africa, about a 6-hour drive from the capital Kampala. Kumi Hospital is a hospital with farmland, where a farm used to provide the hospital with food.

Kumi Hospital started in 1929 as a relatively remote leper hospital of the Anglican Church and in recent decades has developed into a general hospital with a capacity of 350 beds. It provides primary medical care in addition to such departments as obstetrics, pediatrics, physiotherapy, surgery, orthopedics and ophthalmology. Medical personnel also visit surrounding villages and AMREF Flying Doctors come for specific operations. 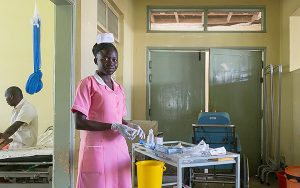 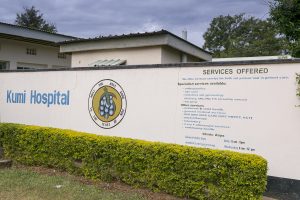 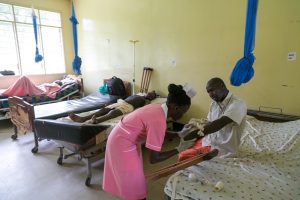 Patients come from a wide area, but can often only make a small contribution to medical costs. The hospital is a non-profit organization and receives approximately 15% of its budget from the government. They depend on irregular donations for other income.

Kumi Hospital traditionally owns a farm on 1100 hectares of land. In the heyday (1970s), Kumi Hospital Farm provided food for the hospital. The surplus of agricultural products and milk was sold in the area. Proceeds from the sale paid for the operating costs of the farm and largely for the hospital. In the late 1980s, the farm was completely destroyed by dictatorship, civil war and terror, followed by the stealing of the entire herd (approximately 1000 head of cattle).

Reconstruction
In order to make the hospital financially healthy and to make it self-sufficient again, the farm must be rebuilt. With the setting up of an Agro Park, a large-scale dairy farm (including roughage production and dairy processing) and a vegetable branch (arable farming) will eventually be combined. 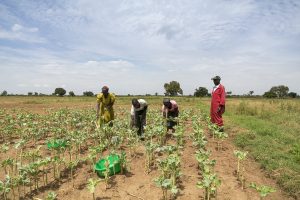 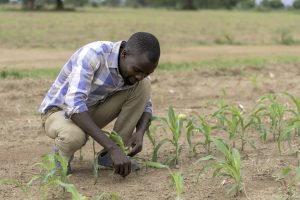 To achieve this, the land has been re-cultivated, machinery parks and buildings are being built or renovated where possible. Roughage for livestock is now successfully grown on 80 hectares of land. At the edges and parts that are unsuitable for agriculture, the production of timber and fruit will be examined.

The entire Agro Park project is currently being led full-time in Uganda by Sikko Seisma, our own Frisian Cow farmer from the Netherlands. His heart and soul goes out to this country and the project. 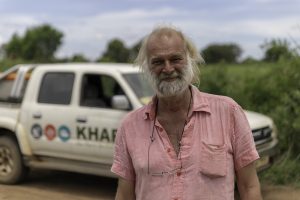